Most people know this but some people don’t – it is dangerous to have your baby wear a jacket or large piece of clothing in a car seat or booster seat. This is because in the event of a car accident, your baby may not be securely fastened to the car seat and be seriously injured. 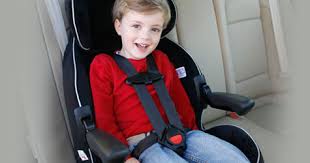 The large coat or extra clothing on the baby may seem snug against the straps of a car seat but in a car accident the baby will not be restrained and in fact fly through the straps and possibly be seriously injured. The extra fabric doesn’t act as an extra barrier and in fact acts as a loose, false barrier that doesn’t hold the baby in.

Yes, it can be annoying to take your baby out of the jacket or large sweater and then have to put it back on, but it is for the protection of your baby in the event of a car accident. You may even think that you are only traveling for a short drive but this should not convince you to allow it. Car accidents can happen at any time and any place. All it takes is one person not paying attention to your car being stopped or someone in a hurry and a car accident happens. Don’t risk your baby’s health for the inconvenience of taking him or her out of a jacket or coat.

If your baby did fall out of the car seat with a jacket on in a Seattle car accident, unfortunately it is your fault and not the car seat manufacturer. You must follow proper protocol and manufacturer’s intended usage. A Seattle personal injury lawyer will walk you through your options in a car accident injury case but you may hurt your case by not securely fastening your child in his or her car seat.

We have all seen the scene in Back to the Future where Marty McFly hitches a ride on the back of a car with his skate board and then again on a hoverboard to get around. We all thought, “how cool is that?!” However, is this a legal move to do in Seattle on a skateboard? 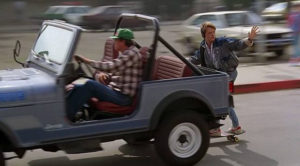 It is illegal to ride on the back of a car on a skateboard or any other bike or toy. There is actually a law on the books that I would like to coin the Marty McFly law: RCW 46.61.765:

No person riding upon any bicycle, coaster, roller skates, sled, or toy vehicle shall attach the same or himself or herself to any vehicle upon a roadway.
I tried to look up the original bill to determine where the law came from and where it was established but I couldn’t. I would like to think that this probably came around during the time the Back to the Future movies came out but I cannot be sure. It may have been a popular thing to do when skateboards came out.
According to Wikipedia – Skateboarding, as we know it, was probably born sometime in the late 1940s, or early 1950s, when surfers in California wanted something to do when the waves were flat. This was called “sidewalk surfing” – a new wave of surfing on the sidewalk as the sport of surfing became highly popular.
I think it is probably pretty obvious why this is illegal. It is highly dangerous and a high likelihood of injury by the person riding on the back of the car. It could easily create a car accident whereby the skateboarder loses control because of the high speeds and either gets ran over by another car or is flung off their board causing injury.
Andrew CherinHitching a ride on a car like Marty McFly legal?01.03.2018
Read more

Have you ever sat behind someone parallel parking and wondered if you can pass them? Who is at fault if you hit them when passing? 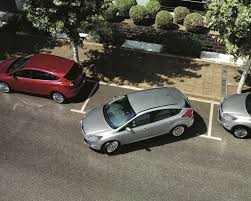 A parallel parking car may not occupy another car lane when they are attempting to park. This means that they may not swing so wide that they come into contact with someone in the lane next to them.

If a car comes in contact with the parallel parking car by trying to pass them without sufficient space, they may be cited for following too closely or not driving in their lane of traffic. However, this does not mean that you have the right to reverse into another car. Each car must be prudent in their attempts to avoid coming into contact with other cars.

Safety is the name of the game and preventing injuries in car accidents is the purpose. Many people know that their child should be in a car seat when they are young but do you know how long they are required to be in a car seat? How about how long they are supposed to be in a rear facing car seat? Did you know that you could be facing a $124 fine if you fail to have your child properly restrained? Did you know that this fine follows you the parent, until the child is 16 years old? 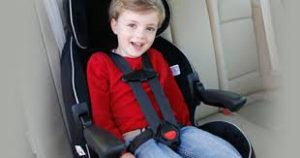 The reason behind using a car seat or booster seat and when to graduate your child is to keep our children safe in car accidents. A normal seat belt will not protect a child that is too small to actually realize the safety benefit of the seat belt, like full grown adults can. The reason is that seat belts are positioned with restraints for an adult and are not adjustable for a small child. The child could fall through the straps if there is a car accident and be severely injured.

Violation of this section could be subject to a $124 fine. However, this is a “fix it ticket.” Meaning, if your child should have been in a car seat but was not, you can have your ticket dismissed if you show proof of purchase of a car seat within 7 days of the notice of the ticket.

There are four kinds of graduated seating that you should think of: Rear facing children seats, forward facing car seat with restraining straps, a booster seat, and a seat belt. Do you know when your child should start using each?

The American Academy of Pediatrics recommends the following car and booster seat guidelines:

1.Under two years old or reach max height or weight by manufacturer – Keep infants and toddlers in rear-facing car seats.

2. Children age 2 or older who have outgrown rear facing seat – should use a forward-facing car seat with a harness for as long as possible, up to the highest weight or height allowed by the manufacturer of the car seat

3. All children who have outgrown the forward-facing car seat – should use a belt-positioning booster seat until the vehicle’s lap-and-should seat belt fits properly, typically when they reach 4’9″ tall and are between 8 and 12 years of age.

Be careful not to graduate your child to the next seat too soon. Keep your child in the current seat for as long as possible (according to the seat manufacturer’s height and weight requirements), to maximize safety.

Andrew CherinIs your child riding in your car properly? Could you face a fine?09.20.2017
Read more

I have talked about this before and finally the Washington State legislature has finally done something about it. Starting July 23, 2017, it will be illegal to use any handheld device except for a couple narrow situations. Distracted driving is increasingly becoming the leading cause of death from car accidents around the United States. Lax driving laws and enforcement has been one of the main problems for the proliferation of distracted driving and cell phone usage.

What’s the law right now and why was it not strict enough?

Right now it is already illegal to text while driving but that is narrowly limited to texting while driving and not using Facebook, searching the internet, or inputting GPS while the phone is in your hand. Also it doesn’t restrict usage while stopped at a traffic light or stop sign.

What will be banned?

The new bill forbids handheld uses, including composing or reading any kind of message, picture or data. Photography while driving is illegal. Drivers also cannot use handheld devices while at a stop sign or red-light signal.

What is still legal?

Drivers may still use a cellphone mounted in a dashboard cradle, for instance to use a navigation app, but not to watch video. The new law permits “minimal use of a finger” to activate an app or device. Built-in electronic systems, such as hands-free calling and maps, remain legal.

Calls to 911 or other emergency services are legal, as are urgent calls between transit employees and dispatchers. Amateur radio equipment and citizens-band radio, remain legal.

Handheld devices may be used if the driver has pulled off the roadway or traffic lanes, where the vehicle “can safely remain stationary.”

What are the penalties?

The first offense will carry a $136 and would nearly double to $235 on the second distracted-driving citation. A police officer can pull someone over just for using a handheld device, which is a primary offense and not secondary to speeding or another violation.

Will a ticket raise my insurance rates?

The offense is considered a moving offense that insurance companies will penalize you for.

What about other kinds of distraction?

Miscellaneous distractions such as grooming or eating will be a secondary offense, meaning a ticket may be issued if a law-enforcement officer pulls you over for some other offense, such as speeding or a dangerous lane change. The penalty will be an extra $30.