Driverless technology is not quite here as evidenced by a fatal car accident on Sunday night. An Uber self-driving car struck and killed a pedestrian in Arizona in the first known fatality involving an autonomous vehicle. Uber temporarily pulled its self-driving cars off the roads in all four cities across the US as a result of the car accident.  The killed woman was walking her bicycle outside of a crosswalk across the street when the car hit her. 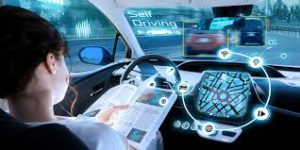 What is interesting is that according to the Wall Street Journal and police, the car was traveling nearly 40 mph at the time of the accident in a 35 mile-per-hour zone and didn’t initially show any signs of slowing. It’s unclear whether the operator inside the car sets the speed for the car or it is programmed based upon GPS and other driving software to determine speed limits.

According to the National Highway Traffic Safety Administration, 94% of crashes involve human error. The number of lives lost on U.S. roads surged nearly 6% to 37,461 in 2016, according to the USDOT. It is unclear whether the increase in car accident related deaths is in relation to growing interurban communities and more traffic on the road or speed increases around the nation.

Pedestrians and Others Poise Special Risks for Driverless Cars

While robot cars are being created to follow traffic rules, interactions with humans continue to present hurdles. Pedestrians, in particular, can confuse systems because they are unpredictable. Even human drivers struggle to deal with pedestrians. About 50% of pedestrian fatalities involve people running into the road, failing to yield the right of way or otherwise crossing improperly, according to research by Duke’s Ms. Cummings. The Governors Highway Safety Association estimates nearly 6,000 pedestrians were killed in car accident in the U.S. last year, representing about 16% of all motor-vehicle deaths.

Tesla became the first auto maker to come under significant government scrutiny for a semiautonomous driving system when a man driving one of its Model S electric cars operating with the company’s Autopilot system died in a May 2016 collision with a truck on a Florida highway. In that car accident, apparently the technology could not see the

Some research suggests that the driverless technology has a hard time determining what is a car, what is not a car, and determining and adjusting for objects that suddenly dart in front of the car. The 2016 Tesla crash involved the Model S hitting a truck that was crossing the road. The company said its car’s system couldn’t see the truck’s white trailer against a bright sky. It isn’t clear if Uber’s laser sensors failed to detect the pedestrian.

Late in 2017, Governor Inslee signed an Executive Order allowing driverless cars to be driven within the state of Washington. However, it is unclear how many driverless cars are currently driving around Seattle and Washington State as a result. Uber was doing an experiment with driverless cars in San Francisco, Phoenix, Toronto, and Pittsburgh before this car accident. While Lyft has driverless cars providing service in Boston currently.

If you are car buying, chances are you have looked at weighing the pros and cons of an SUV (sport utility vehicle) or truck versus a sedan. One of the biggest factors is safety and another may be ease of access and gas mileage. 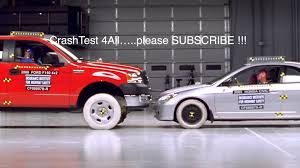 The law of physics dictates that SUVs are safer because of the higher center of gravity due to the larger size and weight creating more force and less likely to be moved by a smaller sedan. This is the same reason that buses do not have seat belts on them. Buses do not have seat belts because manufacturers of the buses believe that the high center of gravity makes them extremely unlikely to be impacted strong enough by other cars to make much of an impact on the passengers inside them.

Check out consumer reports or other car reviewing companies to figure out the right, safe car or SUV for you and your family. USA Today posted the 2018 IIHS safety picks in December 2017.

The National Highway Traffic Safety Administration has changed their stance that car seats should be replaced in every car accident and now only recommends replacing a car seat where there is a high impact car accident and not to for minor car accidents. The NHTSA states that their position is due to parent’s unable to buy or receive a replacement quickly from the insurance company and don’t use a car seat in the mean time.

This seems risky to me, to put your child’s life in the hands to an estimate whether the car seat is damaged and safety compromised. While this makes sense on the outside, a more practical approach may be to require insurance companies to pay for a replacement ASAP instead of parent’s just thinking the car seat is fine and continuing to allow the child to ride in a ticking time bomb.

NHTSA cited several international studies which showed that after minor vehicle crash tests, even when there is visible stress to the child restraint, the restraint still performed well in subsequent crash tests. The NHTSA defined a minor car crash as the following:

If you have a car seat that was damaged or you no longer use it, you can recycle your car seat in Seattle. Local recycling center Total Reclaim is partnering with Old Car Seat, New Life to offer ongoing booster and car seat recycling services.

Puget Sound area parents and caregivers can bring car seats and boosters to the Total Reclaim recycling facility at 2200 6th Ave. S. between 8 am to 4:30 pm daily. Car seats with covers, straps and foam removed cost $5 to recycle, or $7 as is. Details are at recycleyourcarseat.org.

With more and more Youtube videos coming out showing someone trying to perpetrate a fraudulent car accident by the perpetrator backing up into a car and trying to blame it on the innocent victim, do we all need dash cams? Could this happen in Seattle instead of China or Russia where most of these videos are taking place? Could a perpetrator try to back up their car into yours and claim a personal injury car accident in Seattle?

Dash cams have been the saving grace for most of these people as once the perpetrator trying to fake a car accident injury case sees the dash cam they high tail it out of there. Dash cams are a great idea because it gives independent evidence of what actually happened instead of a he said she said coupled with the damage to each car. Since most rear end car accidents are deemed the rear end driver’s fault, dash cams could definitely come in handy to prove innocence in these rare but extreme cases.

What else could dash cams help with? Dash cams could help prove liability in a car accident where one person says they had a green light and the other claims they had the green light. They could help prove liability where one person says they had control of an uncontrolled intersection and thus the right of way in a car accident. They would also speed up the liability determination of every case and help get the victim compensation for the damages to their car and help them move forward with their case. They can even record when you are not in the car to record people that crash into your car while it is park or vandalize your car.

How much do dash cams cost and how hard are they to install? Dash cams cost anywhere from $50 to $200 on Amazon with most costing around $100. They range from mounted to the dashboard cams to dash cams that just wrap around your review mirror, with almost instant installation. Most plug into a USB outlet or the cigarette lighter plug. Installation seems like anyone can do it without having it professionally installed.

The video recording on the dash cam mount generally is either saved on a disk on the dash cam and able to be taken out or backed up to your phone with footage being erased and tapped over every 24 hours or 48 hours depending on the model that you have. It’s unclear whether it is driving time, recording time, or just time that quantifies the 24 to 48 hours. You can even use your phone as a dash cam camera with certain mounts.

In summary, dash cams are not very expensive and could save you from a lot of trouble if you don’t have any independent witnesses and one person is claiming something that is untrue in a car accident injury case. While there are ways to prove whose fault a car accident injury case is independent of a witness and a dash cam, it could take a lot of time to figure it out and money to prove whose fault it is. A dash cam would save all this time and bring 100% clarity to most car accidents.