With more and more Youtube videos coming out showing someone trying to perpetrate a fraudulent car accident by the perpetrator backing up into a car and trying to blame it on the innocent victim, do we all need dash cams? Could this happen in Seattle instead of China or Russia where most of these videos are taking place? Could a perpetrator try to back up their car into yours and claim a personal injury car accident in Seattle? 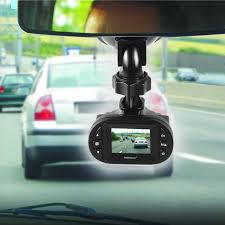 Dash cams have been the saving grace for most of these people as once the perpetrator trying to fake a car accident injury case sees the dash cam they high tail it out of there. Dash cams are a great idea because it gives independent evidence of what actually happened instead of a he said she said coupled with the damage to each car. Since most rear end car accidents are deemed the rear end driver’s fault, dash cams could definitely come in handy to prove innocence in these rare but extreme cases.

What else could dash cams help with? Dash cams could help prove liability in a car accident where one person says they had a green light and the other claims they had the green light. They could help prove liability where one person says they had control of an uncontrolled intersection and thus the right of way in a car accident. They would also speed up the liability determination of every case and help get the victim compensation for the damages to their car and help them move forward with their case. They can even record when you are not in the car to record people that crash into your car while it is park or vandalize your car.

How much do dash cams cost and how hard are they to install? Dash cams cost anywhere from $50 to $200 on Amazon with most costing around $100. They range from mounted to the dashboard cams to dash cams that just wrap around your review mirror, with almost instant installation. Most plug into a USB outlet or the cigarette lighter plug. Installation seems like anyone can do it without having it professionally installed.

The video recording on the dash cam mount generally is either saved on a disk on the dash cam and able to be taken out or backed up to your phone with footage being erased and tapped over every 24 hours or 48 hours depending on the model that you have. It’s unclear whether it is driving time, recording time, or just time that quantifies the 24 to 48 hours. You can even use your phone as a dash cam camera with certain mounts.

In summary, dash cams are not very expensive and could save you from a lot of trouble if you don’t have any independent witnesses and one person is claiming something that is untrue in a car accident injury case. While there are ways to prove whose fault a car accident injury case is independent of a witness and a dash cam, it could take a lot of time to figure it out and money to prove whose fault it is. A dash cam would save all this time and bring 100% clarity to most car accidents.