In response to a question I sent out on what other people suggest for DUI laws and protection measures, one reader stated that US should follow Norway’s laws for drinking and driving to prevent drunk driving car accidents, which often leave victims extremely injured or dead. I looked into the laws for Norway and they state that the legal drinking limit is about .02 BAC compared to the US of .08 BAC. 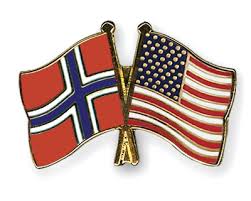 Norway is dead serious about stopping drunk driving and preventing senseless deaths and injuries related to car accidents. Norway’s .02 BAC level basically means that you cannot even have one drink and drive, otherwise you could potentially lose your drivers license for one year, lose one month’s salary, and go to jail. If your BAC is between .10-.15 you would go to jail for a minimum of 21 days in addition to losing your license for a year.

The problem in the US with .08 BAC limits is that people can have one drink and sometimes two drinks and blow below a .08 BAC, even though they may exhibit signs of slow reaction times and poor motor functions, diminishing their ability to drive. In the US, people believe they are good to drive after drinking because it was just a couple drinks and they feel fine. In Norway, people drink and they do not risk driving because they have had a drink and know they could get a DUI and lose their license even though they are perfectly capable of driving, in American standards of thinking.

If the US had Norway’s DUI laws, people would not even have to debate whether they are too drunk or not to drive. A person that has had any amount of alcohol can easily reason with themselves that they drank alcohol and will blow over a .02 BAC. This takes the decision making/debate out of drinking and driving, which is the biggest problem with people who drink and drive. It’s not until they get caught and blow over a .08 BAC or that they crash and hurt someone that they realize they were not actually good to drive.

Andrew CherinUS Should Look to Norway for Drunk Driving Laws06.28.2018