Walking is a very fun, stress relief type exercise. However, it can be very dangerous if you are not taking the proper precautions to make sure you are not hit by a car. Electric cars can come up on you very fast and without warning so it is always best to be 100% aware of your surroundings when entering a street from a sidewalk. 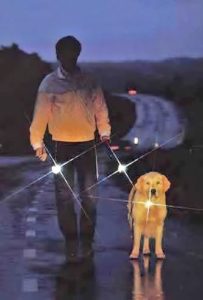 Who is most likely to get hit by a car? The study showed that men were more likely to be victims of a fatal pedestrian car crash, accounting for 66.3% of pedestrian versus car deaths during this time. Additionally, the majority of the victims were between the ages of 45 and 65. The reason this is so could be that men take more risks and may be oblivious to certain risks sometimes when they run out into the street. They could believe that cars will stop for them so they walk out into the street before the car has stopped to let them cross the street.

When are people more likely to be hit by a car as a pedestrian? The study showed that most of the pedestrian car accidents were in October and March at night. It This could be due to the sun starting to set earlier in October and people trying to leave work at the same time walking across the street and possibly just after daylight savings time ends in March making it a little darker at night once again with one hour advance.

Where are people more likely to be hit by a car as a pedestrian? You would think that most of the people killed in pedestrian car accidents were on residential streets but two-thirds of all pedestrians killed were fatally struck on an urban road and 45% were killed from crashes occurring on roads with speed limits between 35 and 50 mph, which are considered busier streets or highways. Only 30% occurred on roads with posted speed limits between 15 and 30 mph or neighborhood type roads or roads around schools.

Walking is a great exercise that can lower blood pressure and stress but make sure you walk the streets with care so as to protect you, your children, your friends, your family, and others. If you know of anyone injured as a pedestrian hit by a car, please give them my contact information for a free consultation to make sure they get the professional help they deserve. A Seattle personal injury lawyer is the best one to help guide them and their case to make sure they get what they deserve.