There is nothing more dangerous than someone with road rage against another driver with road rage in Seattle. Road rage on road rage creates an atmosphere conducive to a high probability of a car accident in Seattle with substantial injuries. 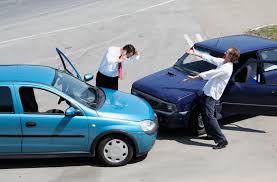 An online study by Auto Insurance Center found that over 65,000 Instagram posts with the hashtag #RoadRage. They found that use of the tag peaks at 6:00 pm, presumably around the hour when commuters are stuck in traffic or just getting home. Washington state is 10th in the nation for drivers using that hashtag; Seattle is the 12th most prolific city when it comes to complaining about road rage, ranking above more famously angry drivers in Washington DC, Boston, Miami, Beverly Hills, and Hoboken.

Road rage usually starts where one person feels slighted by another person’s driving act. It could be as simple as someone not using their turn signal when merging into the lane in front of you, cutting you off, driving fast, or more. When someone is already agitated and under a lot of stress, they may react by trying to get back at the other driver by driving fast to pass them. Once they pass them, they usually do the same thing that the other driver did to them and that they believe was done on purpose.

Things get really dangerous when the second person gets road rage back. This creates a battle of who has the bigger ego and who is the better driver, in a sense. The person that originally created the original slight may feel slighted and then proceed to drive fast to cut off the other person only to hit their brakes, or brake check them.

This behavior is extremely dangerous and causes a high likelihood of a car accident injury case to those around them and themselves. Usually when two drivers get road rage at each other, everyone else around them and those in their car are not even their in the road rage person’s eyes, only the other road rage driver. Road rage drivers will try to get back at the other driver until they have the last say and are vindicated for their actions, in a way.

I have personally seen road rage drivers swerve across four lanes of traffic to block or chase the other driver, with both drivers swerving across traffic without regard to anyone else on the road. Often times these drivers are driving at a high speed, which means one false move and there will be a big injury car accident.

Just four days ago near Seattle, a 60 year old man driving a car and a woman driving a motorcycle engaged in road rage with each other. This ended with the woman shooting the man and killing him. It is not just men engaging in road rage, it is woman too. Cars are dangerous killing machines capable of inflicting major damages to those injured in car accidents, yet we don’t always think of them that way because of the routine driving we do.

If you have been injured in a car accident, call a Seattle car accident injury lawyer today for a free consultation. A Seattle personal injury lawyer will be able to walk you through your case and figure out what you are entitled to.