The other day a man was driving his car trying to turn left across traffic. A woman stopped to let him across because traffic was congested She motioned him to come through the intersection but another car came flying up in the lane next to her and hit the guy trying to turn left. Who is at fault for a situation like this? 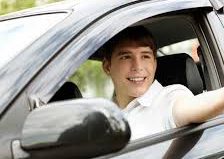 Obviously the driver who was taking a left has to yield for oncoming traffic so he is liable at first glance, but what about the woman who signaled him across? Shouldn’t she take some blame by so adamantly waving him across in a way saying, “traffic is clear buddy, you better hurry up and take my nice gesture”? Or should the guy be 100% liable as he should have gone slow and checked the next lane? What if he couldn’t see very far down the next lane?

The case would hinge on how much of a duty the court viewed the woman who signaled the man through the intersection has by the wave. If the wave was an emphatic one that made it appear that there was no more traffic and the coast is clear, a court may find the woman has undertaken a duty to act reasonable with the safety of another driver she has now signaled. However, if the court found that the wave was just a signal to the other driver she is letting him through but not that there is more traffic coming, this could alleviate her responsibility for the car accident.