If two cars reach an intersection at the same time but the car on the right wants to turn right, who has the right of way? Who would be at fault if there was a car accident in this scenario? 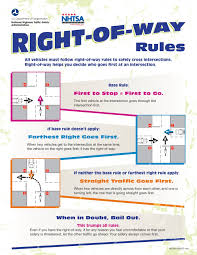 If the car accident happened at a “T-Intersection” in a parking lot, Washington state law in general would apply and the car on the right would have the right of way, assuming they reached the intersection at the same time.

The right of way is not absolute, however, and there are some exceptions. The exceptions include to act reasonably under the circumstances. If you clearly see that the car on the left is not going to stop, you have an obligation to act reasonably and avoid the car accident. You cannot blindly continue straight if you can avoid a car accident. You may be at fault even though you were the favored driver in under the circumstances. This is detailed in the Washington Pattern Jury Instruction 70.02.

SMC 11.55.010 – Right-of-way of vehicles approaching an intersection.
When two (2) vehicles approach or enter an uncontrolled intersection from different highways at approximately the same time, the driver of the vehicle on the left shall yield the right-of-way to the vehicle on the right. (RCW 46.61.180)
RCW 46.61.185
Vehicle turning left.The driver of a vehicle intending to turn to the left within an intersection or into an alley, private road, or driveway shall yield the right-of-way to any vehicle approaching from the opposite direction which is within the intersection or so close thereto as to constitute an immediate hazard.
Andrew CherinRight of way at uncontrolled T-Intersection turning right?02.08.2018